We hosted Chinese students here for a few years as a favour to a friend who was their sponsor in university.  It was a great program and, combined with our similarly related efforts as short-term English teachers in Hong Kong, we made a lot of young friends over the years.  It was a lot of fun and quite eye-opening.  A wonderful experience remembered very fondly by us.  And, presumably, by them as well.

Chinese (HK) culture is quite different from ours (duh) and the students grow up in different ways and at different rates.  Many of them were very-early steeped in the hard-work ethic, for instance.  They would regularly log 16 hour days of study, getting only 5 or so hours sleep.  Every night!  ‘Down-time’ was eating.  No TV.  No sports.  No ‘hangin’ out. They also didn’t know much about different lifestyles or what choices they might have in life.  Their ‘world’ was very small, tight and limited; like the city in which they lived.

We changed that a bit.  Sometimes a bit much.  JS is quite a story……..so is KL and CW..the latter two females became ardent world-traveling backpackers (separately).

It was also surprising to ‘chat’ with students (part of the program to improve their conversational skills) and have them discuss their family life, hopes, dreams and even dating, for instance.

Dating – that was fun – many of the students were 20 or older and had never had a date in the sense that we know a ‘date’.   Twenty-one years old and never been kissed!  They were shy and naive and somewhat less hormonally driven than our progeny (or so it seemed to me).  They had a strong Disneyesque romance model in their heads, almost like cartoon-movies….like Lady and the Tramp or Sleeping Beauty kind-of-stuff. 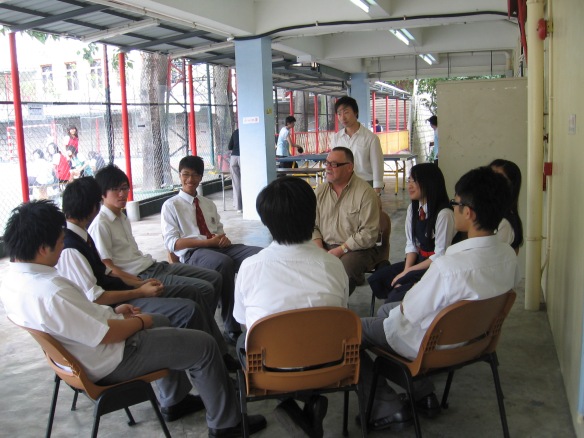 They would often implore us to ‘Tell us your love story!’

Don’t misunderstand me…there was truly nothing wrong with any of that.  No criticism.  Just a bit different from the way I grew up.  Charming, actually.  It was wholesome, innocent, protected and very young-ish.  It was like their 21 year-olds were presenting as our 15 year-olds might.

I mention all this because we will see them all again in a bit.  A big dinner is planned.  And we have been going over the pictures and the notes and the memories we have to ensure that we remember everyone.

Firstly, the 27 + (the ‘plus’ refers to the classrooms full of students we met when teaching) students ranged in age from 16 to 23 or so.  Most of the ones we’ll see will be the ones who came to visit (the 27) but we’ll also meet up with some classroom kids.  Secondly, even tho no one looks alike, they do not make it easy for me.  No one is bald, has blond hair or blue eyes or is even tall or short (W is the tallest at my height).  All noses are much the same.  My guess is that none of them – at the time, anyway – was over 130 pounds.  And many of the girls were well under 100. One of the ‘tests’ I used was to see if I could put my little finger and thumb around the wrist of the girls (see how big that is) and most of the time I could!

But way more to the point, it was as much as ten years ago for the first group coming over and six for the last.  Maybe longer.  These kids ‘grew up’, got jobs, found apartments, developed characters, styles and personal tastes that will have changed them considerably from the ‘kids’ we knew then to the young adults we’ll be meeting soon.  Some of the kids have kids!  The chances of me recognizing anyone but W and S (they met here and subsequently married and then came back on their honeymoon) are slim.  I will be faced with a small crowd of smiling young adults and NOT have a clue as to who is who.

Worse, I am tragically name-challenged at the best of times.  I have trouble recognizing family members and neighbours.  I am horrible at names.  Sally who? Thirty or so young Asians smiling and talking to me as if we are all old friends – which we are – is daunting.  I won’t recognize any of them.  This is gonna be great!!  This is also gonna be cognitive hell!

5 thoughts on “Inscrutable without name tags”